About us
About Ascot

HEMLEY was born in times of the German “Wirtschaftswunder” and the cold war. The company was founded in 1965 by Wolfgang Moese and Hermann-Kurt Schwartz and to their delight made a fabulous rise. With skill and engagement, these two succeeded in developing the company over 5 decades through several economic and neck-tie booms and crisises. Hereafter please find a chronology of the changing neck-tie fashions since the foundation of HEMLEY:

Beginning of the 70’s
Wool plain ties or checks. Tie width about 4 inches

End of the 90’s
Jacquard ties from plains to stripes and micro designs. Tie width 3,5 inches

Beginning of the new millennium
See end of the 70’s…

2020
Isn’t it about time to start all over right at the beginning of this list? 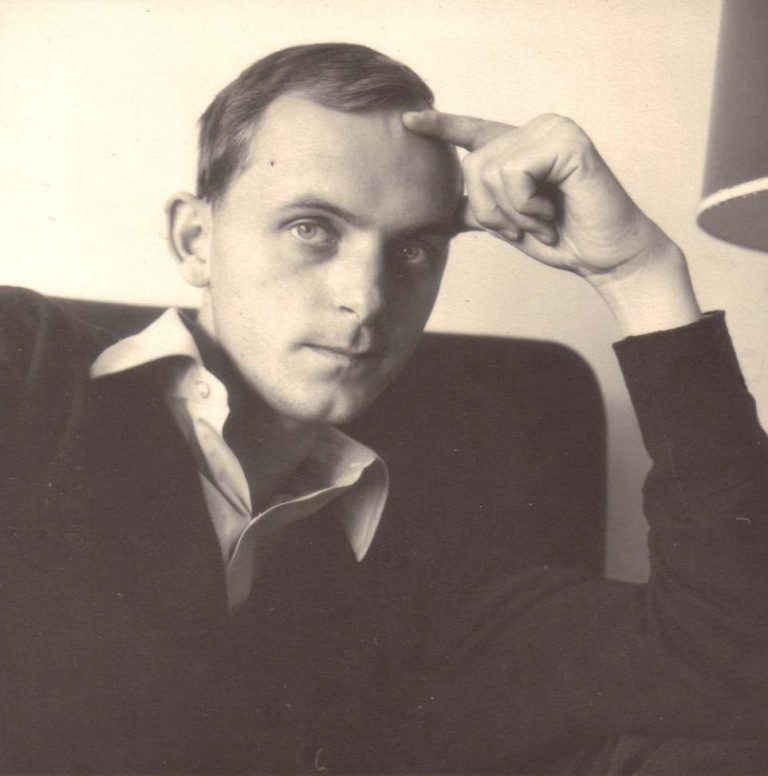 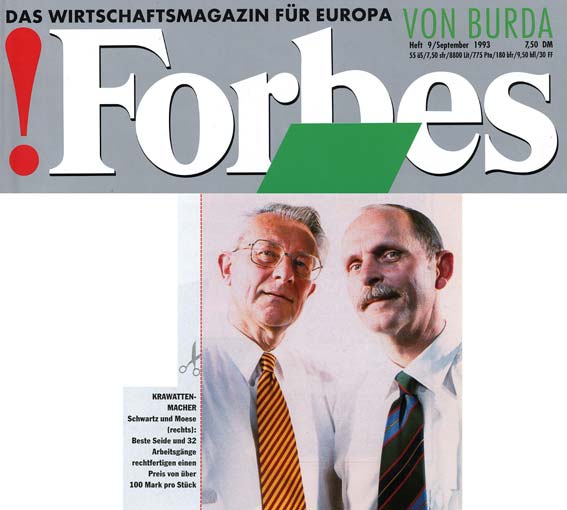 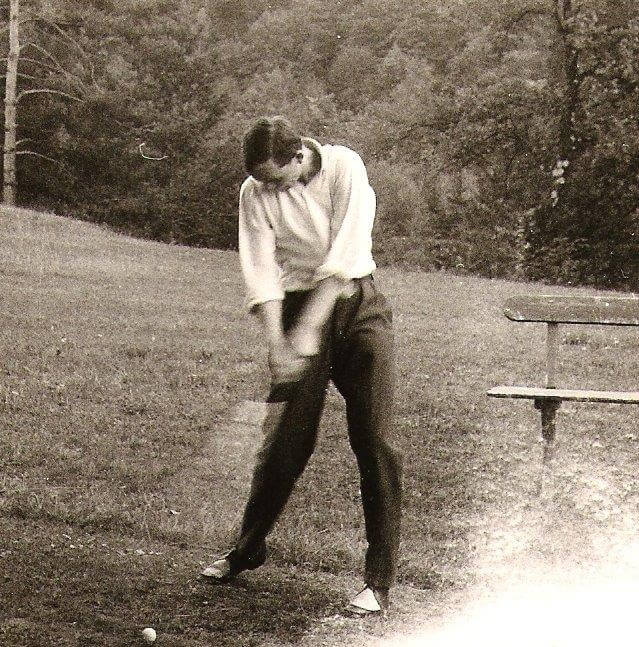 Now a few words about the two founders of the company:

After finishing the local Steiner School in Krefeld the young Wolfgang Moese was being sent to Lyon and Como to learn the languages and the tricks of the trade by his father Erwin, owner and manager of ASCOT ties. Probably he learned a few things more but this is another story. After a couple of years visiting several foreign countries Wolfgang came back to Krefeld, finished his studies and joined the business of his father.

Hermann-Kurt Schwartz started his career at the biggest weaving-mill of Krefeld at the time, the Verseidag. After finishing his apprenticeship he went to Meister company, which was the leading German tie manufacturer at the beginning of the 60’s. By accident these two got to know each other. Together they had the idea to establish HEMLEY Moese & Schwartz to compete against Meister.

The only thing was they didn’t have enough money. So Wolfgang got the necessary amount only because of a monetary bond signed by his grandmother and Hermann got the same amount from his father. As you can see things haven’t changed that much in that respect during the last 50 years!

Hermann was an excellent salesman and Wolfgang was a gifted organizer and visionary. Together they complemented each other perfectly and managed to enlarge the company by putting it on the international map. In the eighties and nineties they went to fairs like HERRENMODEWOCHE in Cologne, SEHM in Paris and PITTI UOMO in Florence and made several hundred new customers worldwide. Hermann-Kurt Schwartz retired in the mid 90’s when he was 65 years. Unfortunately he died at the end of 2008 at the age of 75.

Barbara and Jan, the kids of Wolfgang, Steiner School pupils as their father grew up in the shadow of the company. Although they were both adamant not to join the tie business, everything turned out differently. After having finished his economics studies in 1992 Jan finally decided to come into the tie world and it took complete possession of him. Before, he had planned to earn his living through bicycles, his beloved hobby, but after, he never regretted his move for a moment. Even his sister Barbara joined the company a few years ago, although she was in the wine business before. It is still not known why she did this!

You would of course like to know what the people who built the company have in common: It was and still is the vision of a perfectly made product of the utmost quality that moves the company. They strive to continue offering these wonderful, “Hand- made in Germany” ties to customers worldwide.

HEMLEY would like to thank everybody who has been on that journey so far and invites everybody kindly to help to go on writing the story! 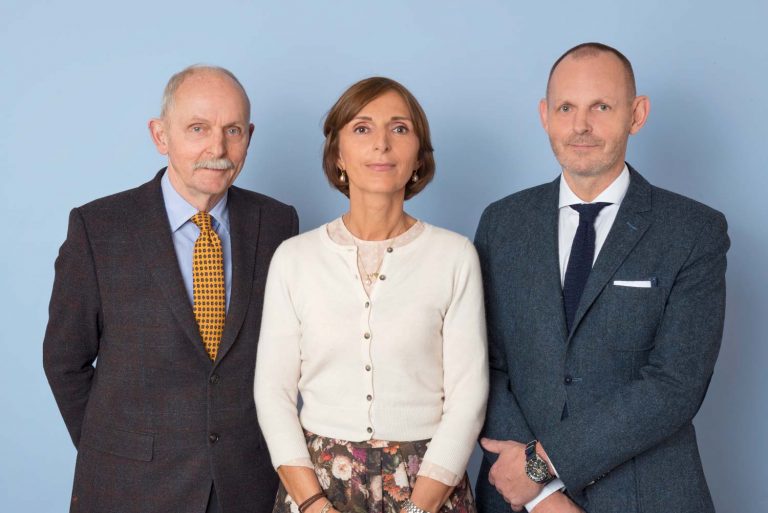 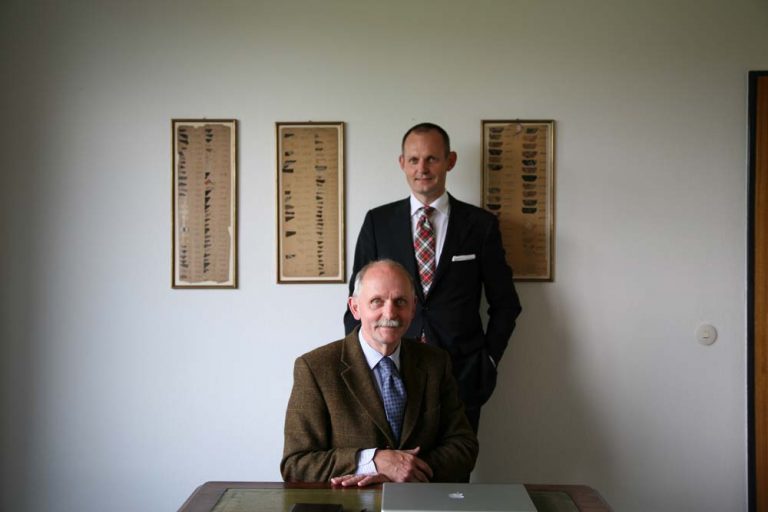 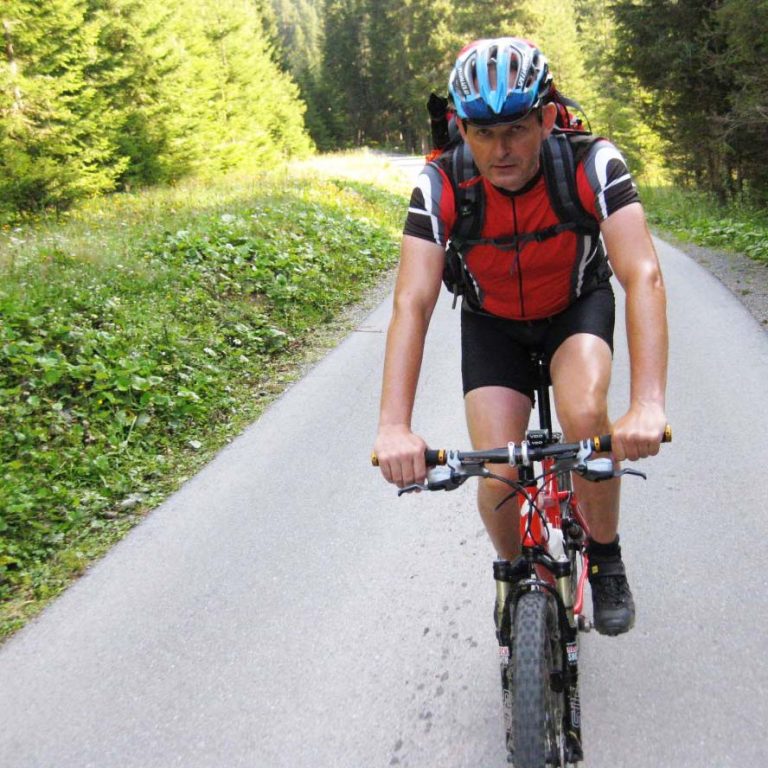 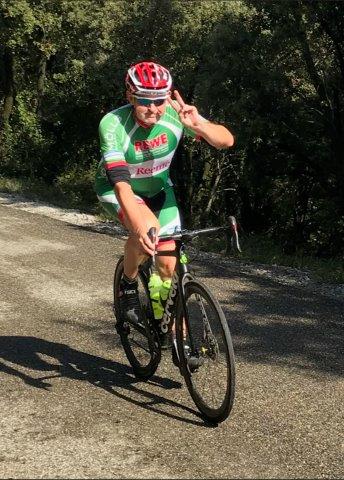